One of our top beliefs at the Indy Chamber is that democracy is not a spectator sport. Meaning, change doesn’t happen without your direct involvement and input. We are proud of the business leaders who contribute their time, talent, and resources to implement Indy Chamber priorities through political involvement.

Serving on the Business Advocacy Committee comes with a number of responsibilities, one of the most fundamental is their monetary contribution. We value those who are willing to contribute to our list of priorities, and we don’t take lightly what those contributions are meant to do, which is why the Indy Chamber has a healthy record of successes, including:

It is because of the following listed members who serve that we are able to accomplish these and many other goals, and the Indy Chamber likes to recognize these top members and their great contributions. 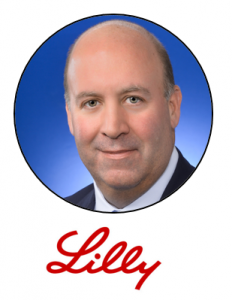 Mr. Enrique Conterno of Lilly
Eli Lilly and Company is one of the leading corporations with a portfolio of pharmaceutical products that is designed to help people live longer, be healthier and lead more active lives. The company s products treat depression, schizophrenia, attention-deficit hyperactivity disorder, diabetes, osteoporosis and other conditions. Eli Lilly and Company employs thousands of employees in nearly 20 countries. The company s history dates back to the 1870s. Sidney Taurel has been the chief executive officer of Eli Lilly and Company for more than eight years. He has been with the pharmaceutical company for over 35 years. Taurel earned a bachelor s degree from Ecole des Hautes Etudes Commerciales-Paris and a master s from Columbia University. Named as one of the 100 Best Companies to Work for in America by Fortune magazine, Eli Lilly and Company is traded publicly on the New York Stock Exchange and maintains corporate headquarters in Indianapolis. 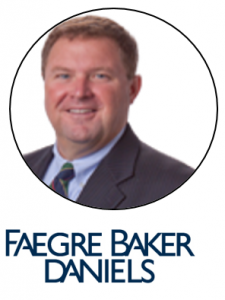 Faegre Baker Daniels has been practicing law in Indianapolis since 1863. Widely recognized as one of the city’s leading firms, Faegre Baker Daniels is a constant and reliable legal resource for businesses in the community and beyond. With more than 150 attorneys, the Indianapolis downtown office has a strong multidisciplinary and full-service skill set. The office represents 13 practice areas with a strong focus in business litigation, insurance, intellectual property, labor and employment, product liability and environmental, and tax advocacy.

The 2017 Cabinet Club
Members of the President’s Club have donated $1,500 or more towards the BAC’s efforts.

The 2017 Congressional Club
Members of the President’s Club have donated $1,000 or more towards the BAC’s efforts.

Mr. David O. Barrett of The Gene B. Glick Company

This website uses cookies to improve your experience while you navigate through the website. Out of these, the cookies that are categorized as necessary are stored on your browser as they are essential for the working of basic functionalities of the website. We also use third-party cookies that help us analyze and understand how you use this website. These cookies will be stored in your browser only with your consent. You also have the option to opt-out of these cookies. But opting out of some of these cookies may affect your browsing experience.
Necessary Always Enabled

Any cookies that may not be particularly necessary for the website to function and is used specifically to collect user personal data via analytics, ads, other embedded contents are termed as non-necessary cookies. It is mandatory to procure user consent prior to running these cookies on your website.